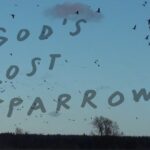 Dzintra Geka’s documentary “God’s Lost Sparrows” can be purchased online or https://sibirijasberni.lv/shop/product/dieva-putnini-dvd-filma/ or on the spot at Zaķusala embankment 33, Riga, by calling in advance to tel. 28643979 (Aivars) or by writing to sibirijasberni@gmail.com

At the end of World War II, when it became clear that Latvia would be occupied by the Soviet army again, about 150,000 fled to Germany. They were representatives of various professions – farmers, entrepreneurs, former politicians, statesmen, creative intelligentsia, working people who had already enjoyed the hardships of the “terrible year”. Almost a million people from Eastern European countries escaped the Soviet regime. Latvians, who called themselves during the camps, also called

God’s birds, tried to arrange their living space, creating Little Latvia in exile. At the end of the 1940s, Latvian families emigrated from camps in Germany to Great Britain, the USA, Canada and Australia. When Latvia became free, some of the emigrants returned, most of them scattered around the world. The film shows the fates of families emigrating to Germany in 1944.

Toward the end of World War II, when it became clear that Latvia would be occupied by the Soviet Army again, some 150,000 people fled to Germany. These were representatives of various professions – farmers, businesspeople, former politicians, the creative intelligentsia and ordinary working people – who had already experienced the horrors of the “year of terror.” Nearly one million people from Eastern Europe fled the Soviet regime. Latvians, who were known as “deepees” (for “displaced persons”) or as Little Birds of God, tried to establish “Little Latvia” at displaced persons camps for themselves as refugees. In the late 1940s and early 1950s, Latvian families from the camps in Germany travelled to Great Britain, the United States, Canada and Australia. When Latvia regained its independence, some of the émigrés returned home, but most remain scattered throughout the world. This film speaks to the destinies of families that travelled to Germany in 1944