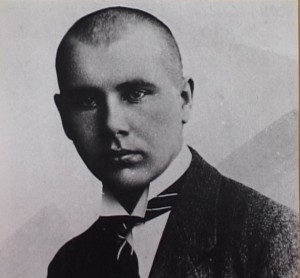 The horrible first year of the Soviet occupation created things which were impossible during the previous 700 years.  For the first time, Latvians who had suffered from Red terrorism, greeted the Germans as liberators, displaying much delight about the end of the Soviet o>ccupation.  The joy was premature, however.  The Nazis created a new occupation, and Latvia lost nearly 100,000 civilians, including nearly all of the Jews who had remained in Latvia in the beginning of July 1941. The path between lost independence and recovery of freedom was created by an illegal political organisation – the Latvian Central Council.  Its leader was Konstantīns Čakste, son of Latvia’s first president, Jānis Čakste. The Latvian Central Council did not achieve anything.  Some of its members were arrested by the secret police in 1944, while others were arrested by the KGB during the Soviet occupation.  More than 2,000 of the members emigrated abroad,  and the path toward the recovery of independence in 1991 was thus marked out. From 1941 until 1945, some 7,000 Latvians were imprisoned at a concentration camp in Stutthof.  Documents show that several thousand of them died along with other prisoners. Professor Konstantīns Čakste served as an example of a selfless and unbending hero of the nation.  He died one night in February 1945 as he was returning from the Stutthof camp. Freedom fighters are respected not just because they sacrifice their lives, but also, and especially, because their struggle relates to the rights of each nation to sovereignty and freedom.