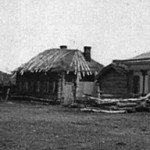 Over the past centuries, Latvians have moved from their motherland to all corners of the globe.  Some have been deported because they refused to obey regimes.  Others have gone out into the world because they feel that they will have a happier and luckier life elsewhere.  Still others have become refugees during wars and revolutions.  Our compatriots were not welcomed everywhere with open arms, but it was only in the Soviet Union that the ethnicity of Latvians led to the development of a theory which said that each and every Latvian was a spy, a traitor, an enemy, or simply an undesirable person who needed to be shot as soon as possible. 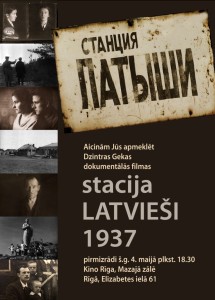 Songs from Siberian Latvians have been used as the soundtrack to this film.

According to the 1926 Soviet census, there were 151,410 Latvians living there – 18,346 in and around Leningrad, 10,583 in the Pskov District, 10,167 in Moscow, and 35,069 Latvians in Siberia.  There were at least 372 Latvian colonies with 12,000 farms.  Gaļina Strazdiņa, who lives in Kemerov, says that “soon we will all be gone.  We are neither Latvians nor Russians because we do not speak our own language, we do not speak Latvian.  What can I say about 1937?  I was 14, no, 15.  A Black Bertha came to our village and collected everyone – Latvians, Estonians, Russians, everyone.  No one ever returned.”  The “Latvian Operation” was headed up by Nikolai Yezhov, who issued the relevant instructions on November 30, 1937.  22,360 people were arrested, and 74% were sentenced to death.  Although the focus of the operation was on Latvians, others who were accused of spying on behalf of Latvia were also caught up in the process.  The greatest suffering occurred among innocent people whose only “crime” was that they were Latvians in the Soviet Union.  The central figures in the film are the offspring of those who were repressed, and they were found in Moscow, Kemerov and Latvia.  A train station in the Kemerov District is still called “Latvians.”